‘I was sick of all the harsh things and fighting that you see in film and on TV. The news is constantly bad news. I wanted to make a documentary about someone doing something uplifting.’ Award-winning documentary maker Farshid Akhlaghi was attracted by the peace and calmness of Music Thanatologist, Peter Roberts. 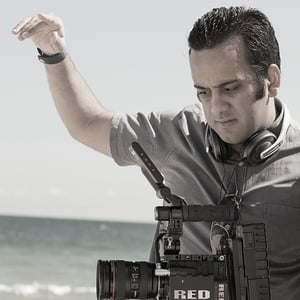 ‘I was not familiar with Music Thanatology and was curious to have a close-up look at Peter’s experiences, especially as I found that he was the only one of his kind in Australia. I read his book “The Harp and the Ferryman” and was so inspired. For him, death represents the normal, natural outcome of life, not something to be feared or fought against. He brings music, beauty and calmness to people facing their final moments. I found Peter to be the kindest man, with a great sense of humour who found his newfound vocation very worthwhile and enjoyable. I had to do this documentary, “From Music into silence.” http://www.facebook.com/frommusicintosilence

‘Remarkably, when Peter was at the crossroads of his life 20 years ago he was inspired by a poem by Rumi, a Persian Poet. I am Persian too and have been brought up with Rumi’s poetry. I had found a further connection between us.

‘I was born in Tehran, Iran and moved to Australia in 2012. For 19 years I’ve been making shorts and documentaries that have been shown at film festivals globally. I’ve also taught film editing. For this documentary I have spent more than 15 months filming Peter in the many different and touching circumstances in which he plays. I’m now up to editing this feature length movie and hopefully it will be ready for release by the end of next year.’ http://www.farshidakhlaghi.com Photo: Documentary film maker Farshid Akhlaghi

Peter www.robertsmusic.net adds, ‘Farshid and I recently travelled to Turkey to film final sequences of this movie. We travelled to many different and amazing places to capture the most dramatic and adventurous parts of this documentary. As part of the filming we also visited Rumi’s tomb in Konya.

‘Through an amazing coincidence a few months before we left I’d met a musician in Ballarat, who happened to be living in Istanbul for seven years. We were in touch many times about filming in Istanbul and the shots we planned to do and met up again over there. She took us through back lanes of that city to fascinating places that we needed to film for this documentary.

‘I found Farshid to be so honourable and genuine. He has a wonderfully artistic eye and is very skilful and thorough. Each evening he would download his footage and save it on two separate hard drives. It was amazing seeing the close-up footage of the places we had been in. There were so many fascinating and wonderful experiences that are now hard to believe. Thankfully Farshid was there with his camera at the ready in the background to document them all. I can’t wait to see the film myself.’

Photo: Taken on the roof of the Grand Bazaar in Istanbul by Farshid. 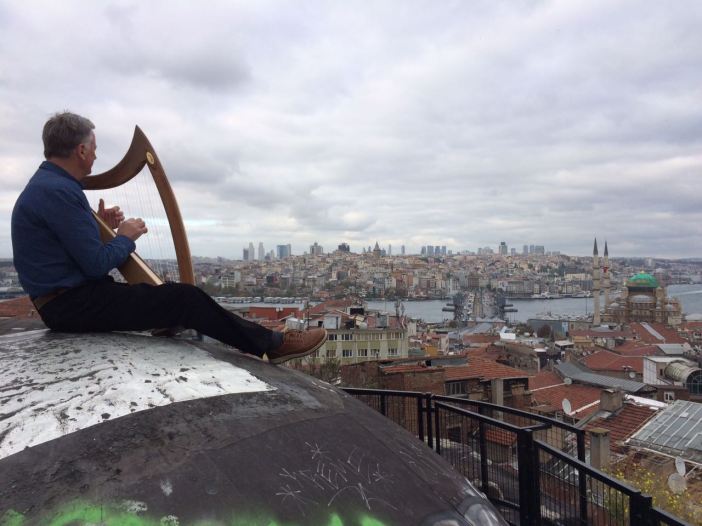