Jeff has been volunteering with CREST for 36 years. CREST stands for Citizens Radio Emergency Service Teams, they support the community through communications. ‘We are all dedicated volunteers who assist the community through the use of two way radios. We provide a link between the scene of an emergency and the emergency services. I’m the Australian National Director and CEO for CREST Victoria. https://www.facebook.com/CREST-Australia-Inc-102458699875642/ 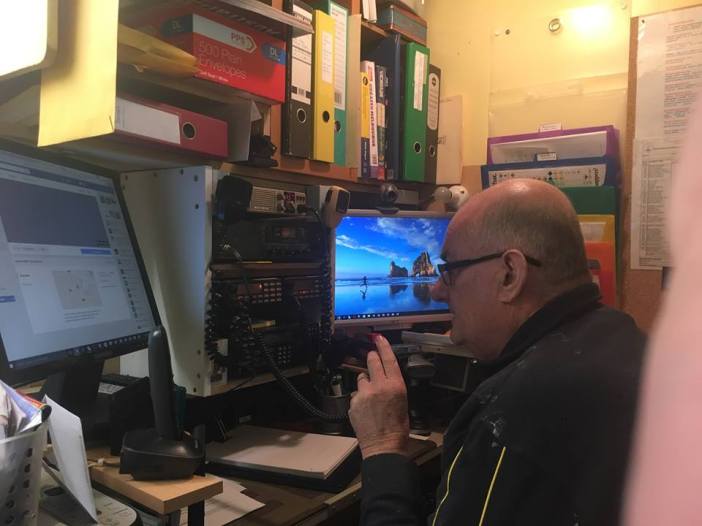 ‘In late 1975 a group of friends in NSW and Victoria could see the need to link calls from truckies CB radios to emergency services. They brought this issue to the attention of the Government and by the end of ’76, CREST began. Between 1976 – ‘95 there were bases in every State and Territory receiving around 30,000 calls each year. The volunteers at CREST were saving lives.

‘I joined CREST in ’81, I was a Senior Constable of Police at Boolarra Gippsland at the time. In December of that year I returned to Geelong, with my family, where I’d been born and bred. In Jan ’92 I started up the Geelong State post for CREST, within 15 months we had 40 members and had become the largest division in Australia.

‘In ’93 the National body closed and States incorporated in their own right but 4 years ago I saw a need to go back to a National body to help with recruitment and fundraising. CREST is run completely by volunteers and receives no Government funding. Our team runs on a budget of about $5,000 a year, we are a registered charity with a DGR and appreciate community funding. We’ve had funding from the Geelong Community Foundation and Bendigo Connected Communities. Please consider donating to this life saving service or volunteering. http://www.crestvic.com.au/

‘I do it because I love helping people, have done all my life. I was in the Police Force for 44 years. From ’77 – 2013 I was in the SES as well as dedicating 36 years to CREST. The team are a bunch of stirrers, we enjoy each other’s company. It’s the funny things that help keep you going. Like the time I heard an American accent. When I told him I was from Victoria he thought I meant Victoria, British Canada. Turned out he was in Florida! I hope we can meet up one day.

‘We run training days for volunteers. For the last 2 years we’ve been under the wing of the CFA. The mobile phone broadcasts they make for fires or weather warnings we also make over our system.

‘The Queensland team have a plan to connect from there to here and from Warragul across to Hamilton all by one monitor. Our National AGM is held in NSW on the morning of the NSW AGM, so we go up for that. Then the following week they come to our Victorian AGM. We award ‘The Monitor of the Year’ award to a member/s selected by our Executive members. Everyone gets a certificate with how many hours they’ve monitored and there are service awards. We have one member who is approaching 50 years service.

‘My most rewarding call came at 5.30am when I had just finished from a night shift with CREST. It came from a Father who rang to say ‘Thanks for saving me and the kids’. They had been lost in their car. From all the directions I was hearing about a spot of National Forest I knew, I had worked out where they were.’