‘I was a Girl Guide myself and I’ve been volunteering with Girl Guides for nearly 40 years. We want everyone out there to know that Girl Guides is an amazing opportunity for girls to experience personal skill development, leadership and a whole lot of fun.’ We hear from Helen Carruthers, the District Manager of the Greater Geelong Region and Lorraine Otway, the Region Manager of the Barwon South Western Region. Lorraine has been involved for 25 years since her daughter started as a Girl Guide. 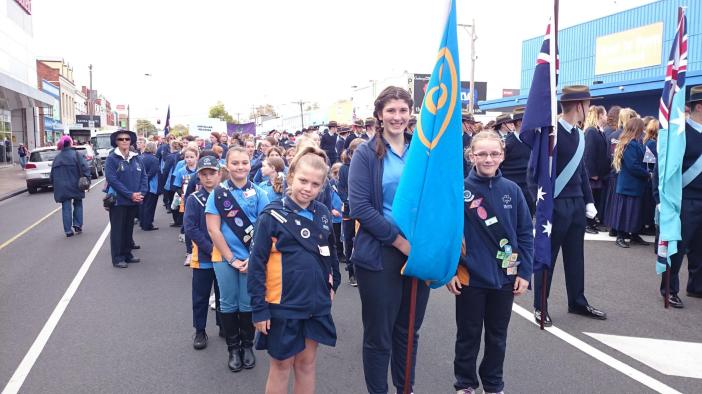 ‘Girls often like doing things where boys are not involved, there is no peer pressure. They are aged 5 – 18. They meet once a week but when school gets busy for the older ones, they sometimes come fortnightly. There are about 130 guides in Geelong. Unfortunately, this is about half the amount compared to 5 years ago. Of those who stay to 18, encouragingly, quite a few stay on to become Leaders themselves.

‘The girls themselves have the opportunity to work through a 3 tiered achievement award level. The first two awards are peer assessments and it is about the girls trying their best. It is all about challenging yourself to do better. The most prestigious award is the Queen’s Guide Award which is very involved and encompasses the 7 principles of guiding. Girls 14 – 18 can work towards this and if successful, it is presented at Government House. These achievements look very good on the girls’ resumes.

‘Our program is girl led, they choose activities that they are interested in. For example, we went to Ballyang Sanctuary to explore nature. I laugh at the time my girls wanted to go Ice Skating. I was so worried they’d cut all their fingers off and to wind me up they walked around with their fists clenched and their fingers tucked in. 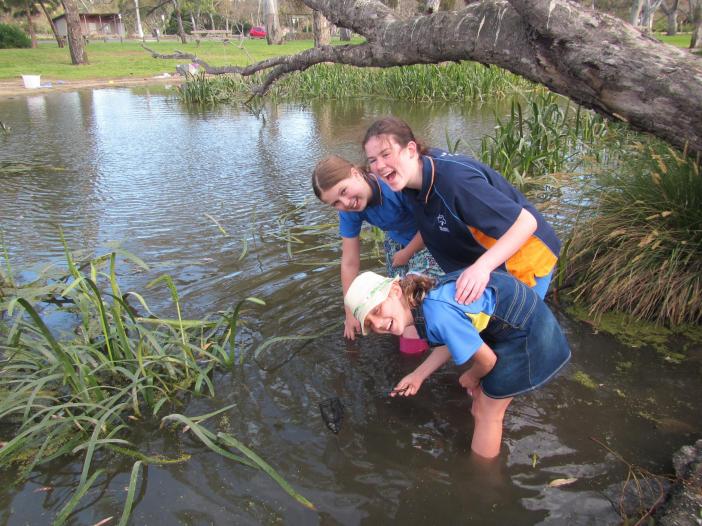 ‘We’re about to run the Region Adventures Camp, there will be girls there from Geelong, Hamilton, Camperdown, Warrnambool and Portland. Units also run other camps throughout year. We are accommodating around things like sport. Sometimes the girls head back for sport then join us on camp again after. The Units of the Barwon South Western Region get together a few times a year. Recently we attended the Hamilton canoeing day.

‘It’s also about giving service. Since 1998 we’ve run ‘Brave the Cold’. The girls sleep outside in boxes, this year at our Lara campsite. All money raised goes to Bethany to help disadvantaged youth in Geelong. The girls carry the banners in the ANZAC Day March and it was many years ago that a Geelong Leader organised making the banners for the Veteran Groups and Geelong RSL.

‘We’re proud to say Anne Brackley from Drysdale has been awarded an OAM in the Queen’s Birthday round. She is the second Leader from Geelong to receive this honour. After leadership there is Trefoil Guild who often support Leaders. All Guiding positions are voluntary. We acknowledge all our Leaders for their tireless work; they have 1st Aide, Police Checks, WWCC, they prepare activities and attend meetings. But then we all have a lot of fun!’ Written by Jacqui B