Congratulations to Humans in Geelong team member Brandon Dellow who won the #geelongyouth award for Community Citizenship. Brandon is proudly from Corio. He attended Northern Bay College and is an advocate for mental health, cultural diversity, equal opportunities, Human Rights, education, the community and Type 1 Diabetes having #livedexperience.

In 2018 Brandon enthusiastically joined the Humans in Geelong voluntary team offering a young perspective, spreading positivity and hope to all members of our community. He has contributed stories in a professional and very reliable manner. His stories often highlight our rich multicultural element. 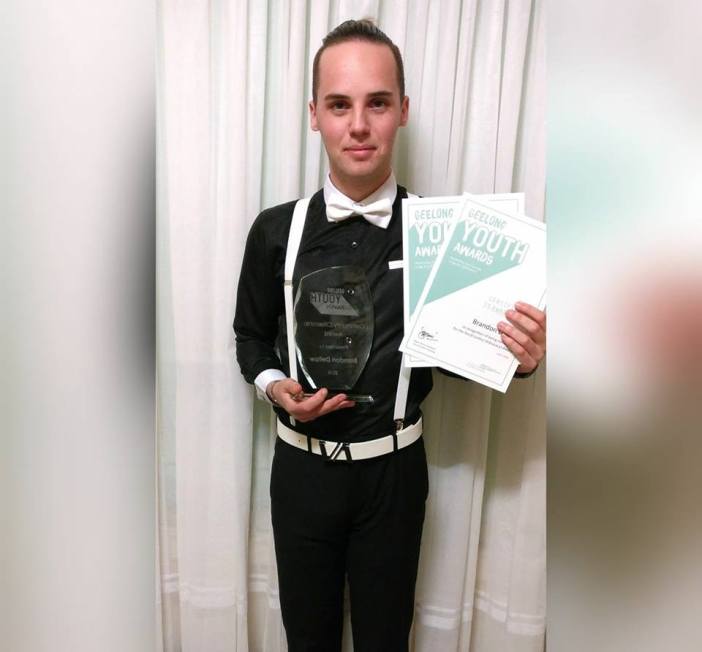 Over the past 3 years Brandon has been working at Northern Bay P-12 College in the areas of: Education Support Staff, Community Engagement Officer, Media and Reporting Coordinator for ‘Northern Bay Promise’. He is an enthusiastic and passionate advocate for acquisition of basic human rights. He provides education support for EAL students at Northern Bay College and believes education should not be undervalued.

He was instrumental in growing and contributing to the @3214  Faces and Places facebook page, the mission of which is to dispel the negative perceptions of the Northern Suburbs of Geelong.

He has also been working at ground roots levels in @the fOrT. Here he promotes community connectedness, develops young people’s skills and interests and supports alternative pathways to education and employment. At the fOrT he offers high quality activities, development and support services for young people in the Northern Suburbs of Geelong.

He runs a successful Multicultural Youth Leadership Committee at the fOrT.

He has been part of the organising committee of the successful SKAART Festival at the fOrT, for the last 2 years.

On December 2nd 2016, Brandon Dellow and friend Obaid Jamshidi hosted a charity event, The Hope for Humanity Dinner, at Centenary Hall to raise funds and awareness for the Syrian Crisis. They raised over $5,000

Brandon hosted the event in the heart of the northern suburbs, where many relocated refugees are now living, giving these families the opportunity to help and support others around the world who are in unfortunate circumstances.

This year he has produced a series of 10 short films title ‘and then…’ investigating mental health. He uses graphic imagery to illustrate what is not talked about publicly. www.youtube.com/watch?v He is running a free Refugee Week Film Festival at the Village Cinema on Monday June 18th 6-7.30. Free tickets can be ordered through Eventbrite.

Brandon’s long-term goal is to obtain his teaching degree, teaching EAL, to eventually travel overseas to teach in classrooms for refugees.