Geelong is a fast-growing dynamic city.  Its rapidly changing to meet immigration outlooks and there have been influxes of Asian and African migrants along with refugee communities in the past decade.  How has this impacted on Geelong?  But irrespective of culture, identity or religion, young people make up the future and their ideas, their passions and ambitions are relevant to a vibrant and cohesive Geelong. 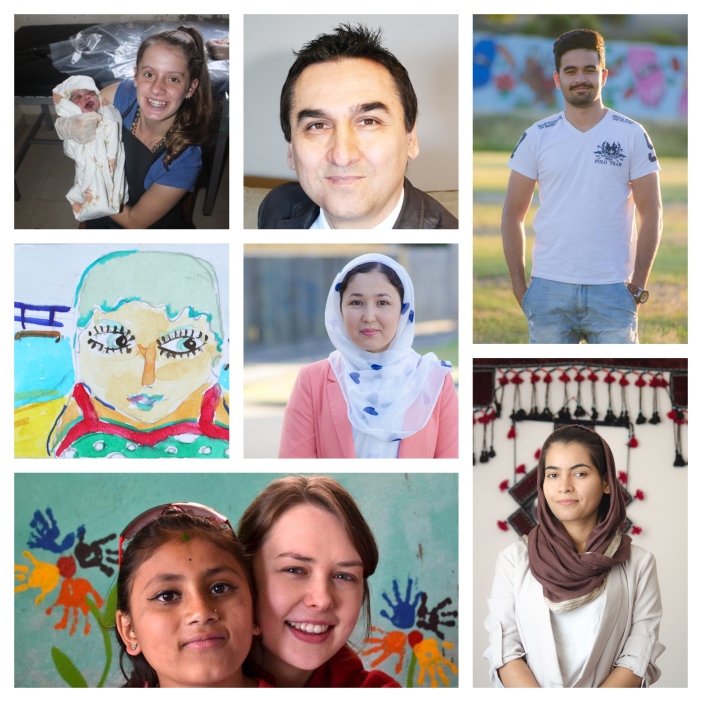 This panel will discuss many of the achievements, passions and goals of five young people living in Geelong along with their insights about the challenges facing multicultural youth, the role of the more settled community and issues around identity and marginalization.

This will be an interactive session with plenty of time for questions and answers.

Come along and challenge these five young leaders and be pleasantly surprised by their wisdom and insights. 3pm Sun 7 Oct Deakin Waterfront in the Lecture Theatre. Humans in Geelong Expo 2018 is a free community event.

Moderator:  Kuranda Seyit – Kuranda is a film-maker and community activist, who has worked with people with disability, asylum seekers and marginalized Muslim youth.  He is one of the first people to initiate an interfaith educational program in schools called the Goodness and Kindness Project which won the National Multicultural Marketing Award.  He has also been named by the Bulletin magazine in 2004 as one of the Smart 100 people in Australia.

Sarah Kenworthy – Is a third year Nursing and Midwifery students at Deakin University. In 2015 and 2017, she volunteered in a health centre in a remote village in Uganda for several months and fundraised $45,000 to go towards providing solar lights and panels to this village.  She was awarded the CFA Young Volunteer Excellence award at the Victorian Young Achievers awards; the Young Achiever Award for volunteering from the Indo-Australian society, and the Geelong Youth award – Volunteering with Young People.

Anita Qayyumi – is in her first year at Deakin studying commerce, she migrated to Geelong 5 years ago from Afghanistan.  She started her own henna business in 2016 and won the Geelong youth awards, in two categories; Inspirational leader and Cultural leadership.  She currently volunteers as a democracy ambassador for the Victorian Election commission.

Asad Khalegi – young Afghan leader and soccer player in Geelong.  He arrived five years ago (from Iran) in Geelong and is currently doing an apprenticeship in plumbing.  He loves Australia for giving him the opportunity to make a life for himself.

Emma McDonald –  After the 2015 earthquake in Nepal, Emma set about to raise funds for an organization helping young people to become educated (EDUC-Nepal) and continues to raise funds to rebuild a school for street children in Nepal.

Anisgul Mohammad Ali –  Arrived in Geelong in 2013 as an asylum seeker and became Dux of her school at Northern Bay College in 2016. She is currently studying Bio-medical Science and a Diploma of Nursing at Deakin.