Hi. My name is Ned Lancaster. I am 10 years old and in Grade 6 at Clairvaux Catholic Primary School. I am going to shave my head to raise money for the Leukaemia Foundation. 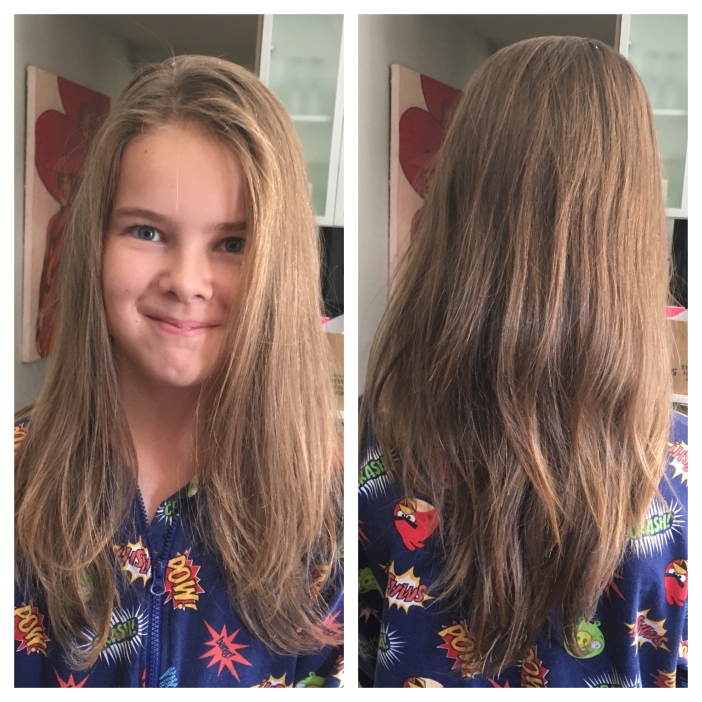 I started to grow my hair when I was in Grade 3. When it started to get longer, I thought that it would be a good idea to grow it as long as I could and then shave it for the World’s Greatest Shave charity.

As it was growing, a lot of people commented that I had such great hair and that lots of people would love to have it. This gave me the idea to donate the hair to kids who had lost their hair from sickness through a charity called @Hair with Heart. I was going to shave in Grade 5, but my hair wasn’t long enough, so I had to wait another year. It’s finally long enough to make in to wigs, so on March 13th (which is also my 11th birthday) I am going to shave it all off.

My brother Will shaved his hair for the cause three times, it was the only way Mum would let him because she couldn’t say no to charity.

So far, I have raised over $2,000, but I want to raise as much as I can to help all the people who are not as lucky as me. You can donate here http://my.leukaemiafoundation.org.au/nedlancaster

THANK YOU FOR YOUR SUPPORT

Story and photo supplied by Ned and Georgie Lancaster.