Earlier in the year I reached out to Rotary Club of Geelong West, family and friends to raise money for a library project I wanted to start at Lalomanu Primary School in Samoa. I began volunteering at this school in 2018 and fell in love with the kids and the community there and remain incredibly thankful for the experiences I’ve had at the school; experiences which have allowed me to re-establish a connection and devotion toward my Samoan culture and history. 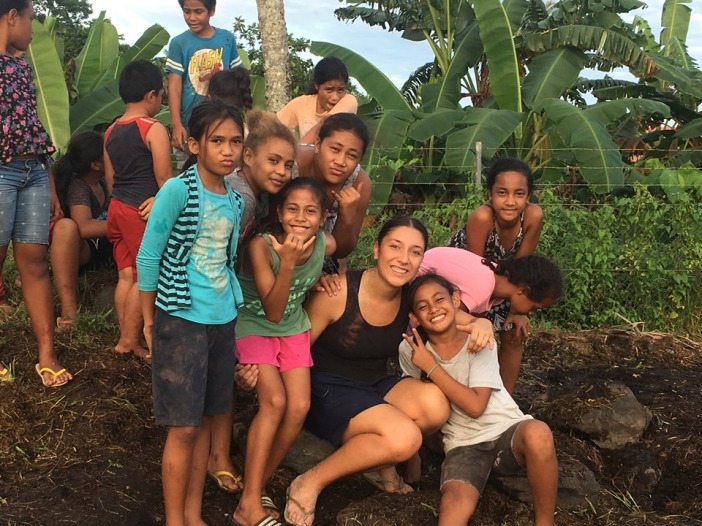 The initial aim of the project was to renew the school library which was built in honour of young Clea Salavert. Clea’s life was tragically taken nearly ten years ago when Lalomanu and its neighbouring regions were struck by a tsunami.

With the help of the Geelong West Rotary, the library was repainted from floor to ceiling and with help from staff at the school, hundreds of books were sorted and redistributed to the National Library and local colleges. Additionally, I acquired new resources for the library so that it could function as a proper classroom for further literary sessions and activities.

Clea’s parents, Trudie Wykes & Jorge Salavert, have put a tremendous amount of work into building the library in memory of their daughter over the last ten years and so it has been an honour to ensure that the space they have made to help educate the young students of Lalomanu remains as a vibrant and valuable resource for the school.

At the end of the library project in February I had money left from my initial fund and so from discussions with the school principal, Maulalo Ioane, we decided this money could be spent on constructing a school garden. Good health and nutrition are a key concern for the school (and, increasingly, for all of Samoa) but for our village, putting together a garden was a viable and engaging way to get the students involved in developing something that was practical and productive.

So, with assistance from school staff and family, and with a lot of hard work from the Year 6, 7 & 8 students we put together an organic garden. It’s now been nearly three months since we planted the very first seedlings for the garden and there have been numerous setbacks, but the students recently harvested several bunches of cabbage and are waiting on the tomatoes to ripen!

I am extremely proud of these terrific kids for all their hard work; for their passion, their love and dedication and for giving their absolute best at all times. I am thankful for their parents, for their teachers and the community of Lalomanu for allowing me to do this work. I have begun to see and appreciate that it is small, slow, thorough and effective steps that allow children to grow and thrive.