While Mary De Garis was only one woman, she managed to positively affect a vast number of  women and children, in early 20thC Australia. She was Geelong’s first woman doctor , a fearless war surgeon and writer who advanced the path of women into the medical profession. 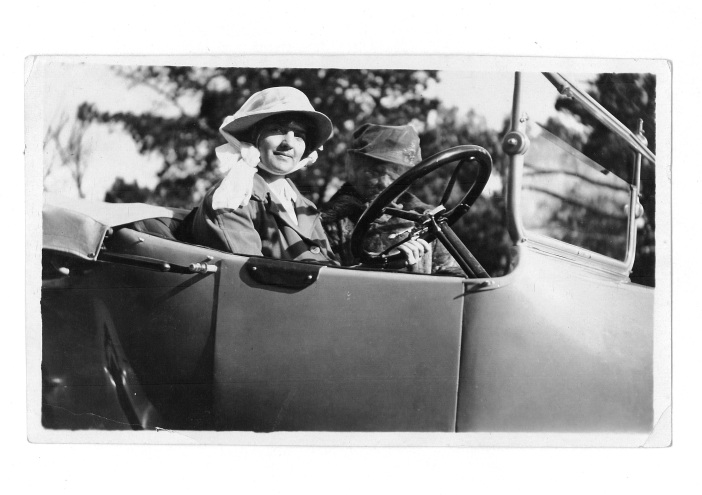 Mary was the 31st woman to graduate in medicine in Victoria. She worked in outback hospitals as a surgeon prior to 1910 – in Muttaburra, Qld and Tibooburra, NSW and travelled solo around the world, witnessing suffragette marches in London and the USA.

With World War 1, she tried to enlist for war service but was rejected by the army – only nurses could enlist. But Mary and 25 other women doctors did serve in the war – independently with voluntary organisations such as the Scottish Women’s Hospitals, under the allied armies  of Serbia, France, Belgium and Russia.

Mary served with Australian doctors Agnes Bennett and Lilian Cooper in Macedonia (now Serbia) for nearly 2 years, in a 200 bed tent hospital with about 50 female staff. In 1918 the grateful Serbian Government awarded Mary the medal of St Sava for her courageous work. She was also awarded the Victory and British Service medals from the British – but nothing from Australia.

Settling in Geelong in 1919 Mary was one of the first women to drive a car and bought a house in 1922. She wasted no time in persuading the Geelong Hospital to include women on their committees who  ensured that the first maternity unit was built in the hospital . As head of the unit Mary implemented ante-natal and post-natal clinics for mothers, serving for 10 years. Here she achieved an exemplary record of 1,000 deliveries without the loss of a mother at a time of 1 maternal death per 200 births.

Very active in the community, Mary helped establish the  infant welfare and schools medical service and  became a Life Governor of Bethany Babies’ Home, training mothercraft nurses and assisting single women and their children.  Being one of the first to research the causes of pain in labour, she published 48 journal articles and 3 books; one of these outlined her approach to ‘mother-centred’ childbirth. Mary practised until aged 79, inspired by her philosophy:

‘Women are the cradle of mankind…children are mankind itself’.

You can read Mary’s story –Woman War Doctor: the Life of Mary De Garis by Ruth Lee, Australian Scholarly Publishing, 2014 – available in the Geelong library or from the publisher’s website.