“My plea is for women in the City of Greater Geelong to seriously consider nominating for the local government election to be held in October. If not this year, then seek out and support other candidates, and certainly consider the 2024 elections. The argument for gender equality on Council has passed, it is now time for achievement.” We hear from Priscilla Pescott, a member of WILD Women in Local Democracy. WILD encourage and support women who are running for Geelong Council. 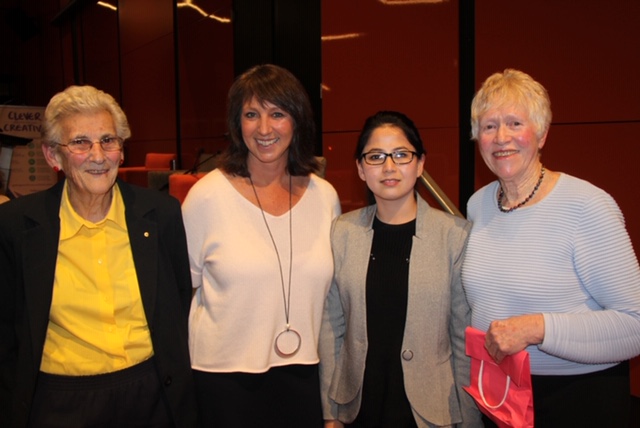 “In Victoria, only 38% if all councillors are women, and sadly the City of Greater Geelong is well behind that figure. To be successful in increasing the number of women councillors, there must be a significant increase in female candidates.

“The State Government proceeding with local government elections this year puts women candidates at a further disadvantage. Obviously, it favours sitting candidates who are already well known in the community and disadvantages new candidates who have a short time to build a profile.

“This is where WILD can help. Please contact @WILD – Women in Local Democracy to find out more. https://www.facebook.com/GeelongWILD/  or email jeni.wills@bigpond.com “

Priscilla is a former Mayor. In our interview with Priscilla in 2017 she told us “My path has been described as ‘An accidental journey to community recognition’. Mum was a great role model. She was Mayor of the City of Newtown twice, in 1963 and again in 1976-77.”

Formed in 2012, WILD’s four founding executive members bring a wealth of knowledge and understanding, each of us has a long history in local government, two as Councillors and two in Council administration. Pictured: Jenny Wills, Dr Rosemary Kiss, Yvonne Adami (former member) and I.

With the State Government’s 50/50 target by 2025 – equal representation of women and men Councillors- WILD has established Y WILD; a diverse network of younger women aged 17-35 years which will be launched later this year. Any young women interested in local leadership are welcome and encouraged to join by contacting WILD convenor Jenny Wills. jeni.wills@bigpond