‘I knew I had a calling to go to India and build a village.’ Ruby and Grant Murray are at the end of their journey through life. Ruby’s cancer has come back for the third time and now it’s terminal, while Grant has had a heart attack and can’t walk. But they have realised their vision to create ‘Mission India’. 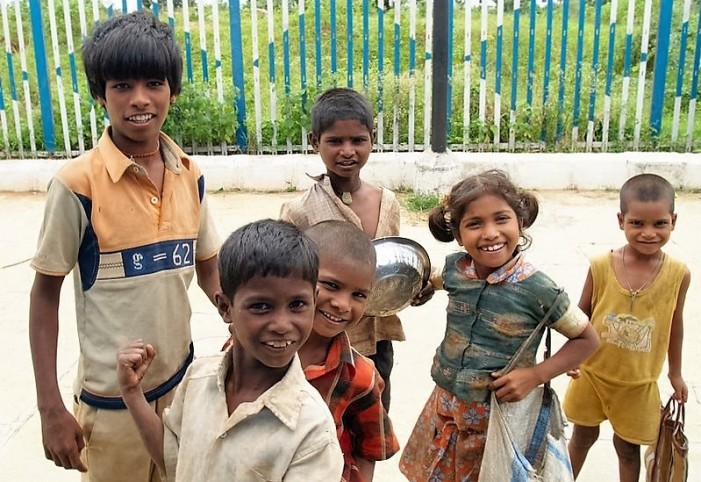 Ruby and Grant actually both grew up in India, but met in the UK before emigrating to Geelong many years ago.

‘We were in the middle of house renovations,’ says Ruby, ‘wondering what we could do that was worthwhile in our retirement, when Grant told me he had to return to India. He had a calling, a vision. I couldn’t stop him. 650 million people live on the streets in India and I had to let Grant go and help.’

Grant made his first trip back to India in 2004: ‘I returned from that trip with a broken heart because there were so many people in need and I hadn’t quite found what I was meant to do to help,’ he says.

Then on another trip in 2007 he met Altaf Rapheal, who was just four years old when his father, who couldn’t feed him, threw him out into the street. But he was fortunate enough to be adopted by a very kind man and when he grew up got a job at Calcutta Airport. Altaf became crucial to Mission India, volunteering to take care of operational matters.

‘He took us to McCluskiegunj, west of Calcutta’, says Grant, ‘where there was 11 acres with two wells, a stream, a hill, 49 mango trees and other fruit trees. It was a Garden of Eden. I bought the land and this is where Mission India began, with help from our friends Ken, Leanne and Ray.

‘I knew that God wanted me to go to India and build a village. There is no salary, no pay, every cent goes into the Mission.’

There is now a Mission House for five missionaries. It houses 15 children, and six women and their babies, who had all been thrown onto the streets of Calcutta to fend for themselves. Now the children who had never worn shoes before attend school in their school uniforms. They even receive Christmas, Birthday and Easter presents, explains Ruby:

‘When presented with an Easter Egg one boy said, ‘I’m just wondering what kind of bird laid this large brown egg?’ We wanted to spoil the children like all kids should be spoilt. They have a badminton court and playground.’

How do they fund Mission India?

‘You can run a Mission on very little money’, says Grant. ‘We collect spare change in tins, there are also a few donors. We have bought another 7.5 acres and are negotiating another 20. We’ve bought sewing machines. There is even a rose garden named after Ruby. We have a retired doctor and nurse offering their services free of charge.’

Now that Grant’s vision has become reality he is desperate for someone to continue their good work. ‘The village needs to be sustainable and self-sufficient. But we need people in Geelong to take it on. Someone with a passion for India and giving back. Please give us a call on (03) 5229 2165. I hope someone can continue this legacy.’