‘It was the 12th January 1991 when the police knocked on my door to tell me that my husband had died that afternoon while playing cricket for Jan Juc. Our children were 10 and 8 years of age. When I returned to work as a psychologist, 3 months after his death, I found I was getting many referrals for young widows. I also found that my children were sometimes misunderstood at school. This was when I realised that children whose parents die are not catered for very well. I felt there was a need. This is why I started ‘Wombat’s Wish’; the Geelong based, not-for-profit, for parentally bereaved children, adolescents and their families.’ We hear from Jill Crookes. 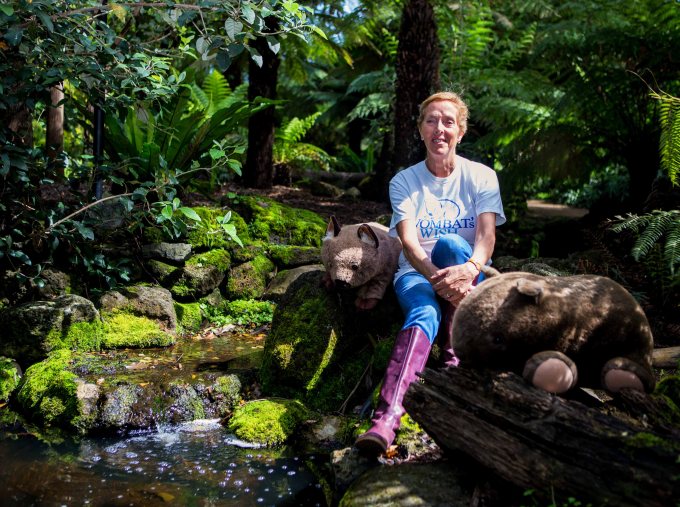 ‘In 1998 my daughter did a GAP year at a girls’ boarding school in the UK as an aide. I went to visit and tacked on a Psychology Conference that focussed on child bereavement. Here I heard about a program called Winston’s Wish, which was founded after studies had shown psychological and mental health issues in adults who had experienced bereavement in childhood.

‘Back in Geelong I got talking to Pam Virgona from King’s Funeral Services, and, together with Annette Drummond, a retired Social Worker, we formed a Steering Committee to establish Wombat’s Wish. In 2004, the Geelong Community Foundation helped find a donor for $5,000 that enabled me to spend a week in the UK and study under Winston’s Wish.

‘Wombat’s Wish was founded in 2005 and has now assisted more than 170 children and their families to find a way to live with loss and grief, to move forward and take the next steps on their bereavement journey. We are now up to our 20th camp. This highly successful program is expecting 25 children to attend over this weekend November 5 and 6 at Burnside camp in Anglesea. The children sometimes come from difficult circumstances and often have very complex needs.

‘Geelong is a great city – big enough to have many resources, but small enough to be a vibrant community – and it is this community that supports and sustains our work at Wombat’s Wish. Our Patron, Frank Costa and our Ambassadors, Brain Cook and Dr Gillian Turner, lead the way, but many, many people in Geelong assist us to help these vulnerable children and their families.