Q & A with Gideon Haigh – You’ve written 32 books and have contributed to over 70 international publications. Please tell us what has inspired you and led to your success?

I’m not sure I’d claim success; I’ve simply stayed quite busy, and remained interested in and challenged by what I do.  My work isn’t just a living.  It’s a craft and a trade, at which I’ve consistently wanted to be a little bit better than I was yesterday. Quite simple really. 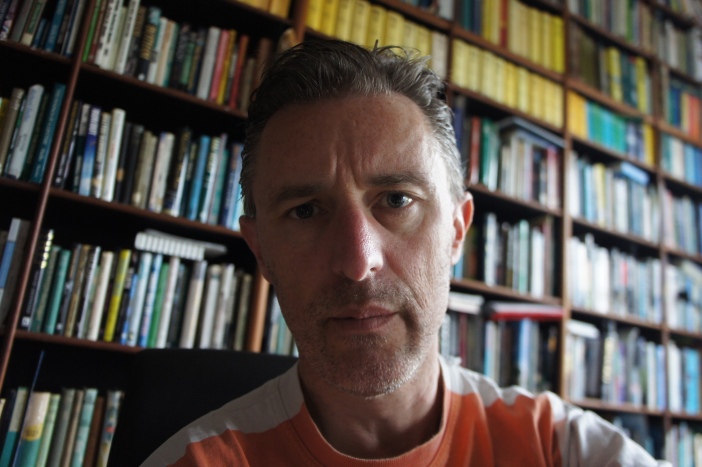 Can you share a couple of your most exciting experiences?

The exciting experiences are difficult to explain. What most people find exciting – publication, awards, good reviews etc –  I don’t. I like the springs of intimacy, where you wrest a hard-won memory from an interviewer, or find a neglected document. Today I looked at the inquest of an 18yo girl who died in 1929 from a botched abortion, whose body was found in a culvert in Langwarrin. It brought a tear to my eye to feel so connected to a figure so forgotten; I thought of her family’s grief; her friends’ guilt; the hideous trap of shame and ignorance. In the context of the book I’m writing I can give that death some belated meaning. It’s a kind of honour.

What is your link to Geelong? I was born in London, but lived with my mother and brother in Geelong from 1969 to 1983. My mother still lives in Newtown, and I still support the Cats.

Recently you have been instrumental in taking action and making a positive difference in your home town of Geelong, please explain?

My mother alerted me to the campaign to preserve the three community libraries, at Chilwell, Highton and Barwon Heads, and I thought that if I could make a difference I should. That involved knocking on a few doors, writing and saying a few words, and generally kicking up a bit of a stink. It was very rewarding.  I met some great people and felt part of something.  Who wouldn’t want to be involved in something like that?!

What is your message to the people of Geelong?

Go Cats?  Gee, ‘message’ sounds a bit pretentious.  But, well, the libraries campaign did teach me a bit about how capable and generous people can be when they band together and do things for the right reasons.  A familiar but salutary lesson in human nature. #author