“When I was 3 months old, my family who lived in Afghanistan, fled on foot across the country into Iran for a better life.” Asadollah Khaleghi (Asad) is a young bright Afghan refugee who has lived in Corio since day one of stepping on Australian soil. “When I was 3 or 4 years old, my father passed away. I grew up in Iran, going to school and started working at the age of 8 to help support the family.” Asad came to Australia in 2012 with his mother, brother and two sisters. 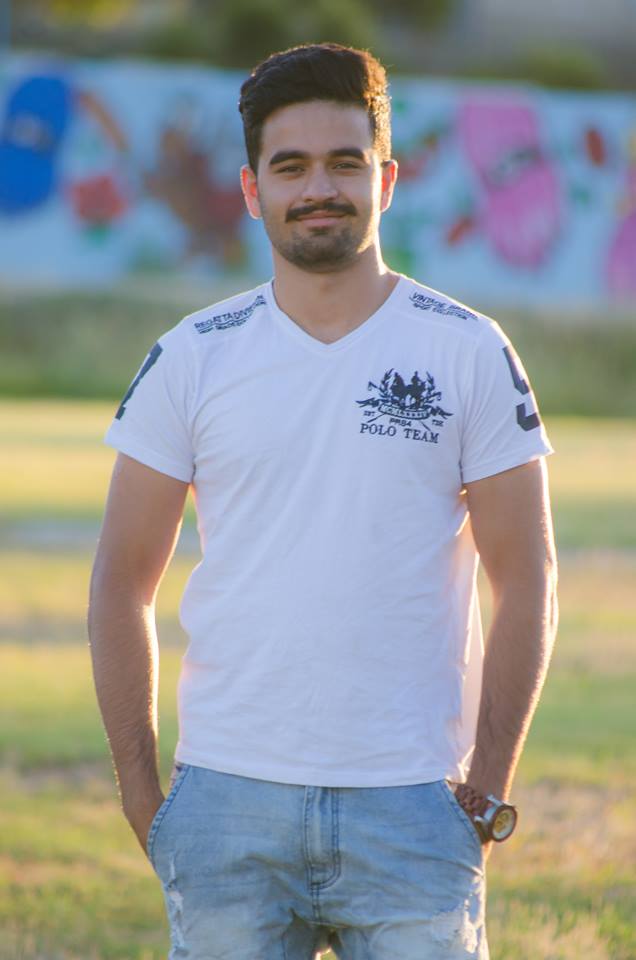 Asad is currently a 2nd year apprentice with Bush To Beach Plumbing, where he also attends the Gordon to learn practical skills to further advance his knowledge and skill base. He enjoys both aspects of the apprenticeship. “In 5 years’ time, I see myself owning my plumbing business as well as continuing my singing performances”. He also participates in MMA (Mixed Martial Arts), where he is extremely lucky to have Jamie Cockerell as a coach, describing him as “a really good man”.

Humans in Geelong first met Asad at the 2017 SKAART Festival held at The fOrT Youth Centre, where they were on a local talent hunt. He was the bubbly MC for the day, as well as an exceptional performing artist. “The wider Geelong community is on its way to becoming united. There are still some stereotypes I encounter, including racism and negative attitudes towards living in Corio. However, it is important to never judge a group of people based on how they grew up or where they grew up as this cannot be controlled. People should also be proud of their homes.”

Asad acknowledges how lucky and thankful he is for all that Australia has offered him and his family, and all the opportunities there are to take. “To be honest, sometimes it is hard to keep up the finances. But at the end of the day, I have my family and friends which is something money can’t buy.”