“For work, I use to be sweeping floors and from November I’ll be touring with the Wiggles. Can you believe it! The Wiggles are like the Beatles but for children.” We hear from one of the World’s leading Elvis Presley tribute artists and Geelong local, Jack Gatto. 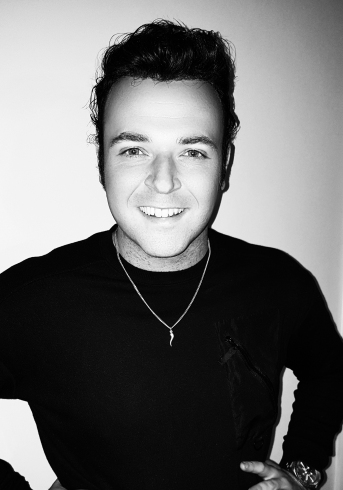 “I had to listen Elvis all the time because that’s all Dad played around the house. At 16 I said to dad, if I can sing like this guy will you stop playing him all the time. ‘No-one can sing like Elvis’ said dad, but I proved him wrong. Now I’m a big Elvis and Johnny Cash fan.

“Singing like Elvis led me enter the ‘Ultimate Elvis Tribute Artist’ competition in Surfers Paradise. Winning that, meant I went to Graceland in 2015 and 2016 for the worldwide competition there. I met some of Elvis’s family. Back here in Geelong, they emailed me asking me to go back to perform. That led to doing five shows, which were all full houses, with some of Elvis’s family and entourage sitting in the audience.

“Then back in Australia I was signed to Tony Minitti Presentations which meant 2 years of touring Australia in places like The Palais and the State Theatre in Sydney. We went to all the major theatres around Australia except the NT or ACT. The line-up was with a 50 – 100 piece orchestra.

“I became friends with Anthony Field who is the blue Wiggle. I’ve always been an avid Wiggles fan. In 2017 I did a Wiggle show with them at Rod Laver. This led to being asked to fill in for the band ‘Sacred Hearts’ who the original red Wiggle Murray and Cockroaches lead singer Paul Field performs with. Anthony asked me to do a video clip with The Wiggles and from there I was asked to come on their next tour. Being part of the Wiggles tour is like being part of the Beatles but for children. This is a stadium tour which starts Nov 16th.

“I’m sitting here pinching myself. I live in Leopold and was born in Geelong. It’s my home and I love it.

“I did a talk the other day for a bunch of children who are up and coming musicians. One boy asked ‘what does it take to become an elite musician?’ So, I told him, ‘I failed music in High school and was told by my music teacher that I’d never make it sounding like Elvis. People said I was crazy, but my dream was to play at Rod Laver one day and I made it happen. I know it sounds cliché, but if you really believe in yourself; want something bad enough and you really work hard for it, you can make it happen. I grew up in an Italian family and Nonna use to tell me ‘you be a school teacher.’ All I can say is be positive, work hard and even if people are being negative, keep being positive.

“Still though, it feels like when you have a dream and you have something really cool and you wake up and you don’t have it anymore, it still feels like that to me. But… then, I wake up everyday to exciting emails and opportunities.”

If you see Jack driving around town in his Cadillac, make sure you say hi. After all, he’s just a really down to earth, nice guy.