The colourful and inclusive, Geelong Rainbow Festival, is back for its third and biggest year ever, running for six days, from today, 4th until Sunday 9th February, 2020. Now a much-loved fixture of Geelong’s booming cultural calendar, Geelong Rainbow Festival continues to unite and celebrate the growing diversity of the region’s LGBTIQ+ community and allies, whilst also boosting Geelong’s national and international standing as a progressive, inclusive and creative place to live, work and play. 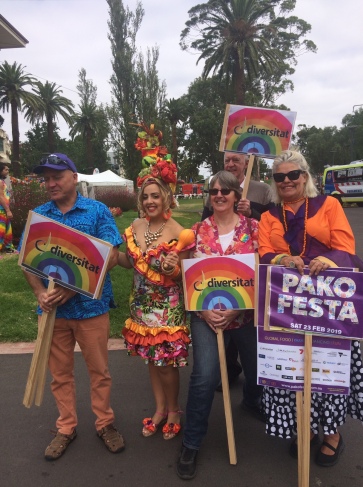 Organisers at Geelong Rainbow Inc. are looking forward to another positive festival, with sixteen ticketed and free events being offered across multiple locations, including The Geelong Rainbow Pride March, 10.30am this Sunday from Johnstone Park. All are welcome to join in to show their support. This leads in to the Fair Day, also taking place in Johnstone Park this Sunday. All welcome.

Geelong Rainbow Inc. Co-president Jo Bangles is very excited about this year’s line-up. “We are so happy to see the Geelong Rainbow Festival go from strength to strength. This year we are most proud of continued collaboration with council as well as local businesses and event producers which has seen the program increase yet again.”

Wayne Landkroon, Co-president, added “The Geelong community has invested a lot to become more inclusive and celebratory of diversity. We are proud that the Geelong Rainbow Festival is part of Geelong’s culture and we look forward to sharing this with all festival attendees.” 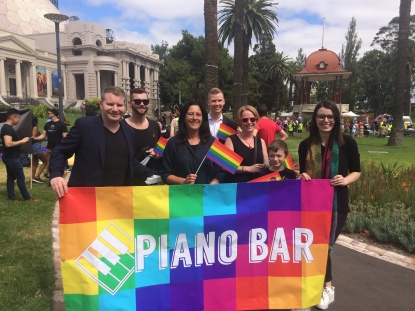 The festival runs from the 4th to the 9th of February with all event information and tickets available from the @GeelongRainbowInc. Facebook page.

All events in the 2020 program are inclusive, the organisers are especially excited to invite everyone to Fair Day on Sunday the 9th February which kicks off with Geelong’s own Pride March from 10:30am.

Photos: By Jacqui Bennett of last year’s March and Fair Day. @Diversitat & @thepianobargeelong took part in the March as did @christine Couzens MP